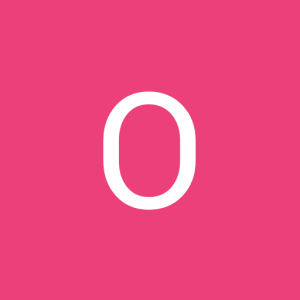 If the story of Chelsea’s season is one of how their emerging talents are flourishing under Frank Lampard, benefiting from a change of ethos and a transfer ban, the subplot is the rejuvenation and reinvention of Mateo Kovacic and Jorginho.

Where there was passiveness, there is now purposeful passing. Where there were indictments of a regime, there are now endorsements of it. Jorginho and Kovacic are two of Lampard’s less obvious success stories but, in a campaign when Kante has been limited to 467 minutes of Premier and Champions League football, among the more significant ones.

They have provided the platform for a prolific team. It feels symbolic that Jorginho already has more assists this season than in the whole of last and if that is not saying much – his 3,118 passes brought none in his debut campaign, though his expected assists suggested he was creating chances that others were missing – the goals he has fashioned for Tammy Abraham, at Wolves and Watford, showed both precision and incision; they were defence-splitting penetrative passes.

And it illustrated the difference in his game. He has displayed more attacking intent. He is leading the league for through balls, not just square balls. He is playing fewer passes but making more key passes. Both he and Kovacic are playing more long passes; given how cultured each is, it feels wrong to brand them long balls.

This is not Sarri-style prescriptive short passing for short passing’s sake. The worst excesses of a sideways passing game have been removed from each. The ambition has extended simply beyond keeping the ball.

This has made N’Golo Kante’s clamoured return from injury  not worth the wait.

Chelsea’s form before the October break was applauded by pundits around and an addition of a star player like Kante should even further improve the team. The French man was restored back into the starting XI against Crystal Palace in November after returning from injury -although Jorginho’s suspension might have helped solved the dilemma.

“You don’t change your winning eleven” top notch football pundits would say; but asides that, Kante has been underwhelming.

Chelsea have lost 50% of the matches he has featured in this season; that’s more than they have with Kante’s other competitors in the heart of the midfield – Jorginho (30%) and Kovacic (30%) in the league.

The diminutive midfielder underperforming showings is not only evident in the team’s results but also in his individual contributions when compared with the other central midfielders in the team. Kante’s strongest ability in recent years has been the defensive part of the game. He’s a master of cutting out opponent threats and his return was supposed to ease off the frailties in the Chelsea defence.

However, Jorginho and Kovacic have a higher tackle success rates than the Frenchman this season. Per Premier league official website, the former making 65% successful tackles while the latter averaging 72%. Kante has managed only 50% successful tackles despite attempting lesser tackles.

Kovacic-Jorginho is one of the best partnerships in world football, should be illegal to not play them together. Before Kante returned we were winning every game because of them. pic.twitter.com/SX3lCIJCle

Kante newly found attacking prowess was well praised in the latter part of the Maurizio Sarri’s season; but a closer look shows that despite his position change when played in a three-man midfield, he has contributed very little to the team going forward. The last time the blues scored more than two goals in a premier league game was in October away at Turf Moor. Kante was absent from the squad that day.

Per Premier league official website, the Frenchman has recorded zero (0) through balls in twelve appearances this season and has no assist to his name in the premier league. Jorginho have the highest among the three with 13 through balls while Kovacic is highest on assist with a total of 3.

N.B: See screenshots of all stats used and stated below this piece

Despite the below par numbers, only injuries have kept Kante out of the starting eleven this season. His current ‘untouchable’ status comes as a bit of a suprise considering Frank Lampard’s criteria of keeping out of form players from the eleven.

However a different standard might be utilized for a player of  Kante’s status but if the gaffer is going to bring out the best in the hard working midfielder and send a positive message around his dressing room, he should start considering naming the ‘world champion’ among his ‘seven’ for the next game week.

A useful comparison is John Lundstram, who plays much the same position as Kanté for a team that takes far, far fewer shots. He’s scored three goals as well, and has notched two assists with an xA/90 of 0.14. Lundstram is a useful player getting the maximum out of his talent; Kanté is a brilliant player playing where he doesn’t belong.

Naturally he makes great plays on defence. But he can’t make as many if he’s farther upfield. He’s at his best in reading the play and moving to confront the opponent, but there’s less time to read the play when you’re farther forward. One of the greatest of tacklers is at his lowest tackles per 90 minutes ever.

If you’ve watched Chelsea play, you’ll also have seen that people are running by Kanté a lot. So it figures that his tackle percentage is also the lowest ever. He frequently has to resort to fouling, and his fouls per 90 are way way above his previous high.