Frank Lampard Criticism At Chelsea Is Unfair & Here’s Why 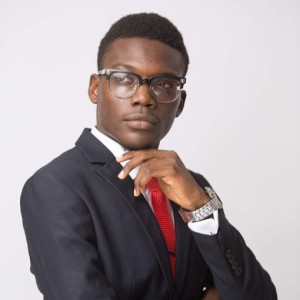 Frank Lampard criticism at Chelsea is absolutely unfair – Words from club legend and head coach, Frank Lampard as he assessed the consecutive goalless draws against Manchester United and Sevilla in the UEFA Champions League. Prior to that was a couple of of 3-3 draws to Southampton and West Brom which of course upset the #LampardOut brigade who felt a team of Chelsea’s status should be dispatching teams like those with aplomb. He had been tasked with fixing a defence that conceded the most goals of the top 10 teams in the Premier League last season.

“The attack is never a problem for me. I am not worried, the goals would come” ~Frank Lampard

Chelsea football club have a longstanding Premier League record of conceding only 15 goals in a league season. A majority of the fanbase have been accustomed to a life of John Terry as the key defensive figure in the side for over a decade. Arguably the best defender the league has ever seen, so living to that expectation was always going to be incredibly difficult.

Defensive organisation is perhaps the most difficult facet of tactics any manager is faced with and for the longest, it felt like Frank couldn’t get it right as the club conceded a record amount of goals from set-pieces alone. Only in the second year of management, it became easy to point fingers at the manager citing his lack of experience at the top level as a reason for the inadequacies.

Fast-forward to the truncated summer of 2020, the 42 year old gaffer sanctioned the deal for six first team players in a bid to start a rebuild. Expectations are different now. In his first season as head coach at the club, the season objective was different; it was a step down from what the Blues would typically aim towards. The season before that saw Chelsea lose its best player and arguably the Premier League’s most talented player in Eden Hazard. As if that wasn’t bad enough, a transfer embargo was placed on the club as a punishment for one of its irregularities in underaged transfers in the past. Frank Lampard came into the club missing its best player and not being able to replace him or at least fine-tune it to his taste. Lookng at this, Frank Lampard criticism is totally uncalled for

Following his emotional unveiling it was down to business with a watered down season objective put in place: make the top 4 and qualify for the next season’s UEFA Champions League. The journey was not pretty and there were probably more disappointing defeats on paper than encouraging displays on the pitch but the objective was met in a textbook fashion: Make the top 4. He finished 4th.

However, going by textbook definitions, after signing six players expected to “walk in” into the starting XI, objectives have changed. Expectations are a tad higher now. For a lot of the fanbase who see football through a black/white lens, the objective was to win the league. For a club that had finished 33 points behind runaway league champions, Liverpool, expecting to win the league is juvenile behaviour.

The objectives now according to the man himself is simply closing the gap to the top of the table. At the end of the day, in May, it would still be a good season if Chelsea finished 4th but only 10 points from the league champions. They have started the season in exactly the same fashion they ended the previous season with needless draws to newly promoted West Brom striking similarities with the draw to Sheffield United last season.

Again, Lamps is struggling with seeing off games and keeping things neat at the back. So there is a need for a change in personnel as the tactics aren’t sufficient. Chelsea reaped the benefits of putting Petr Cech on its payroll as he personally handpicked Rennes goalkeeper to replace the most expensive goalkeeper in the world, the failing Kepa.

🧤 Edouard Mendy is the first @ChelseaFC goalkeeper to keep a clean sheet in each of his first 3 PL appearances since Petr Cech in August 2004 pic.twitter.com/9jQCmA6Oqp

The Blues would go on to keep five clean sheets in the six matches that Mendy was between the sticks (four of them coming in quick succession) with the only bizarre scoreline coming in the match against Southampton where the Senegalese goalkeeper and Thiago Silva had been absent. Maybe premature but it does feel like Lampard might have gotten the closest to his John Terry as he would have hoped as Thiago Silva’s leadership has been extremely instrumental in all of those results.

Away games at Burnley is one that a lot of managers in England dread. Still at the experimental stage trying to find the best solution that suits the team, Lampard went with a 4-3-3 for the first time this season; a setup he had adopted during the second half of the Krasnodar game only 3 days ago in the UEFA Champions League. Following the consecutive goalless draws to Sevilla and Manchester United, the pressure was starting to pile on him to start delivering the goals and he responded in fashionable manner dispatching low-block Burnley 3 nil just after putting Krasnodar to the sword 4 nil.

Too early in the season to draw conclusions but sitting top of their champions league group and laying off just 4 points behind table toppers, however not a great start to the season, shows promising signs for what is to come.

Chelsea face Rennes in the Champions league on Wednesday expecting to extend the clean sheet run to five games. A win against Rennes means qualification from that group is almost sorted. The jury is obviously still out for Frank Lampard and it would be naive to shut all of the perhaps deserved criticisms that he has faced since the turn of the year solely based on a recent fine form but it could be helpful taking a step back to deeply analyse just how impressive he has been dealing with different issues as soon as he faces them.

To contribute, send a mail to wolexisblog@gmail.com